Kitchen stories from another era… 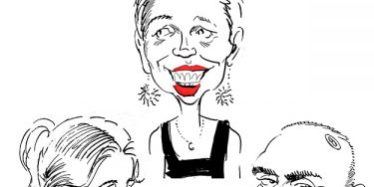 Kitchen tales? For some light reading and fun – and there’s not enough of that in kitchens.  Here’s a look back at some times in a kitchen when opening my own restaurant was not even on the radar.

“Handle that? Squirt? Watch me,” I mumbled as I dragged one bag up to a sink, found a peeler amongst the debris, and began.
So was my introduction to my life in kitchens. How I survived is still
a mystery even to me, but somehow I took the lessons I learned and managed to open ten restaurants eventually, as owner/chef.
On this, my first day, I could smell something vile – like burning bodies on the Ganges. Chef beckoned to me with a grubby claw. He tried to grin, but with yellowed teeth like ancient and weathered tombstones, it was more like a sneer as he said, “Come here and let me give you a lesson”.
I sidled over to a huge steaming pot that he was stirring.
“Poke your head in there. What do you think?”
I peered over.
“Pwoah… Burnt. Badly, by the smell,” I guessed.
“Ah yes, but not ruined!” He chortled, triumphant. “The secret is, not to mix the burnt bottom with the rest of the stew. Stir lightly, then add cream at the end, and they’ll never know,” he made a cockeyed wink at me.
Genius. Not. He was obviously an old hand at rescuing disasters, probably a side effect of the coffee cup he kept filled with cask wine next to him that never seemed to end. And I never saw him fill it up. Magic.