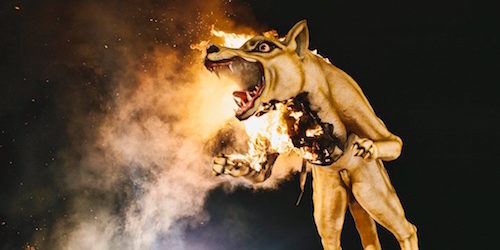 The Upside to Being Screamed at, All the Time, for Everything

Life’s a learning curve, right? Then why does it take so long for us to learn some lessons?

An abusive boss can be hell on earth, particularly if you’re young, wanting to please, and terrified of rocking the boat. Quit? Hell, where would I go? Well you know the great answer today is – anywhere! One of the great things about the staff shortages in the hospitality industry now is: you can pick and choose. Don’t like it here? Go there!

That’s what is was like when I was young and starting out – jobs were plentiful, and worries about lack of work? Non-existent. I loved this story recently in Medium by Sean Stephane Martin. And while it’s not set in the kitchen, or restaurant, it’s a perfect example of a boss (read chef), who’s out of control. I’ve had chefs like that – who think that abuse is okay. I see it and often cop it in the chefs’ groups on Facebook – abuse chefs laugh off as ‘banter’. In fact I just had a chef yesterday who was so abusive to me that he told me, “My dick’s longer than yours, and always will be!”

I laughed, because I can, and see the real psychological issues this guy’s got from a distance. But for a young apprentice, who’s ended up in the industry as a last resort, running slowly in a cloud of failure, that kind of nasty stupidity can be devastating. So you know what? My advice is you don’t have to toughen up, you can get out! And do! A big word of advice: keep a notebook and date and write every abuse immediately. That will stand up in court.

And find yourself a good boss, who understands that mistakes are an opportunity to be gracious. Simple really. Make working for an abusive boss a thing of the past. Here is Sean’s story:

“Meryl Streep’s character in The Devil Wears Prada had nothing on my boss. And I had had enough.Sean Stephane MartinEarly on in my design career, I had a job as a senior art director for the signature division of a Very Large Clothing Company. The title sounds terribly prestigious, but the truth is that I was a department of one, responsible for everything this division put out as its image: print ads, poster designs, copywriting, ad slick preparation, sales catalogs when new lines were issued — all of it. I was in way over my head, but I was determined to make it work, somehow.

The problem was my boss. To this day, I couldn’t tell you much of anything about her, because she was completely and utterly inaccessible. When I applied for the job, she didn’t even interview me herself, but had her personal assistant do it. The first time I actually met my boss was maybe a month into my employment, when she decided the color balance of a poster wasn’t right, and decided it was all my fault.

This proved to be a theme. I only saw her when she passed my office in the morning (without, of course, acknowledging either myself or anyone else in the communications department), or whenever she felt my work was not perfect, at which point she would summon me to her office to be roundly upbraided for my gross incompetence.

I probably should have left after that initial dressing down. Instead, I chose to stay. There were some decent perks, after all: The money was not great but good enough; my other colleagues were wonderful; and every couple of months, the samples department opened its doors and let us have whichever outfit struck our fancy. For a guy with limited means, it was a godsend, because my boss would send out scathing memos if she felt the color of my tie wasn’t right with my suit.

Still, after about a year, I just couldn’t handle it anymore. We’d just finished a summer catalog, and my boss decided, long after proofing, printing, and delivery, that the blue I’d chosen for the portrayal of the garments on the cover wasn’t quite right. I was lectured for well over a half an hour about my general incompetence in no uncertain terms. I left her office furious. She had put her two cents in at every turn of the project, and it was more than painfully obvious that I was being used as the scapegoat to cover her own mistakes.

So I figured, screw it, I’m not getting a reference from this place anyway, so I went back to my office, and wrote a scorching letter of resignation. I outlined how she screwed up in every step of the process—backing it all up with quotes from her own emails—then sent it to her, the rest of the staff, and the general management upstairs, including the company CEO. Boom.

It took maybe five minutes, but while I was packing up to leave, she came into my office, screaming like a banshee. It was one of the few times I’d felt physically threatened. She planted herself in my door and would not let me leave until two security people came to escort me out, and even then, you could still hear her all throughout the floor.

When we got in the elevator, one of the security people asked, “Sean, you okay?”

The boss was dismissed about two weeks later, and took the company to court over it. That went about as well as you might imagine.

What did I learn from this experience? I learned to ask hard questions during job interviews. I learned the critical importance of always talking to your subordinates to make sure everything is going okay, both professionally and personally. But mostly, I learned to push back when the situation called for it.

Some years later, I found myself standing in line with my team at a local fast food restaurant. A winter storm in the area had knocked out the power for a week. When it came back on, a bunch of us went out to get something to eat. The line was pretty long, but all of us — smelly from no shower access for five days and generally looking like hell — were laughing about our experiences, sharing them with newly-made friends.

Ahead of me in the line was one woman who just couldn’t handle it and started to complain. Loudly. Did no one here evershower? Why was the place filled with homeless people? She couldn’t wait to get her order so she’d get away from all these… people.

After one especially belittling barrage that bore no small resemblance to what I’d dealt with from my boss of now two decades prior, I suppose some long-dormant urge kicked in. I leaned across the ropes, smiled, and said, “Lady, shut the fuck up.”

The applause was deafening.WRITTEN BY

If you have issues, need help with stress, or would love to manage like a boss, and run the workplace everyone wants to run to, then like us on Face Book, send us an email, or join our community and get our email newsletters. Help isn’t far away – and we’ll do out best to get you “Off the Hotplate”. And it’s not just for chefs – It’s real tools for real problems and real shit.