Chefs Talk: Chad Dufall walks the talk with a laugh

Here’s a story from our far west coast in Australia – Perth. Chad Dufall was working as Head Chef at Tom’s Italian in North Beach. Now he’s driving trucks in the mines, and his big question still? Are you havin’ a laugh? He hopes so.

Tom’s Italian is a scratch kitchen, so for Chad, came with its own issues and benefits. While Chad’s always worked in W.A., he’s travelled, and loves connecting with fellow chefs around the world. And though he’s just jumped into an entirely new career change, his journey has been big, and deserves to be told.

“My brother was a chef, so I guess I just naturally thought I’d give it a go. I started out as a kitchen hand. And I loved it – I was quick, clean, did a good job, so ended up morphing into an apprenticeship. 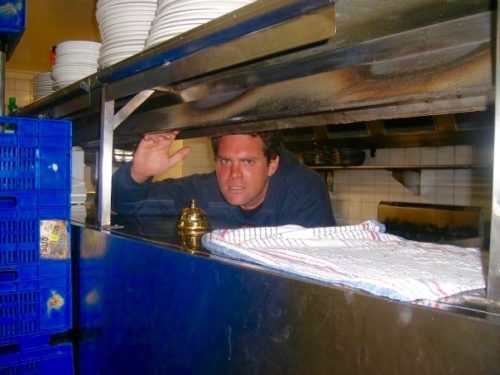 Chad and his last day at Jimmy’s

I’ve always had a passion for the new – things I haven’t done. Spanish, African, Asian, even Aussie Pub food gets my brain and hands working – I love that rush when you nail a dish. While W.A. has been traditionally considered a bit backward – behind the rest of Oz in the gastronomy stakes, it’s starting to catch up.

Last year, travelling around Europe, I felt that Australian food and chefs are on a par with France, for sure. Spain though, is doing amazing things, but they still manage to keep it simple. I learnt from that – don’t get too complicated – changing things up all the time gets exhausting and doesn’t always work.

I’ve found really, that the secret to being the best head chef I can be is in hiring young ambitious chefs to keep pushing me. We’re always trying to do better, trying to set a new trend, keeping menu ingredients updated. It’s a constant learning process that never ever stops. 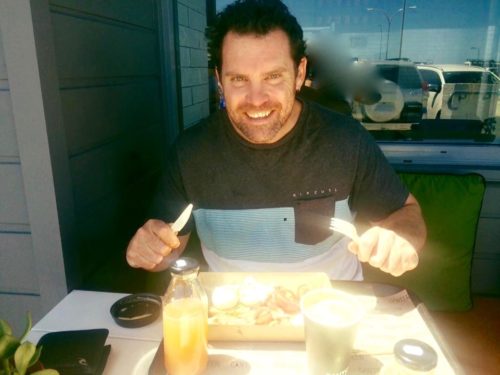 I’ve had massive learning curves – lessons in a kitchen are rarely small or without consequence. And I was promoted to head chef from chef de partie at an American diner, when the head chef just stopped turning up! We didn’t have a sous – so I fell into the role. That was tough. I knew the kitchen, the dishes, but running the lot as opposed to taking orders was whole other ball game.

I’ve cooked for Julia Gillard, Ian Thorpe, a host of celebs, and most of them are pretty nice. Ian Thorpe signed a plate for me. Heath Ledger was an arsehole though, and told me to fuck off. Oh well, that’s his prerogative I guess, and he obviously had problems. The AFL stars that came into Tom’s were always a treat to serve.

Working in Tom’s Italian in North Beach – opposite the surf break named Tom – as head chef, it was tough work, but I loved it. The owner is also a chef and we collaborated on menus and dishes constantly. Because it’s a scratch kitchen – they do everything from scratch – the wage costs are high. The majority of restaurants these days are using pre-made sauces, stocks and so on to save wages. My boss was happy to pay for the development of quality, which is his brand, and why the restaurant does well, night after night.

These days, customers are picky, but some don’t know quality, and don’t understand the cost of prime ingredients. It’s a tough business and the burning issue is wages – especially for chefs, we require chefs with decent knowledge, so, you have to pay them. And I’ve found a good kitchen hand makes a huge difference, if they’re not quick and clean they can make it hard.

One of the craziest times I can think of, my food chef overcooked a meal. The prawns were overcooked, and I was 21. God, when I look back, I had my first head chef job at 21. 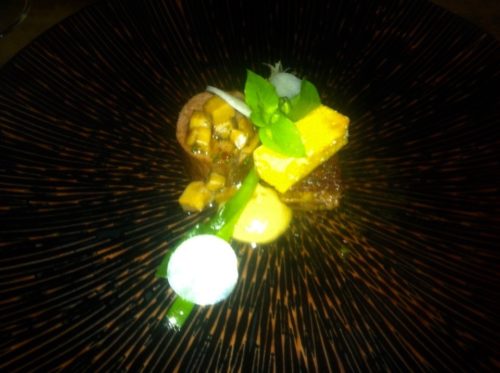 Anyway, the prawns came back, the customer said they were undercooked! They looked fine to me, and I refused to re-cook them. The husband was screaming at the waitress in support of his wife. The waitress was stressed, so I said, “I’ll go out and have a chat to her.”

I’m six foot, and not scared, so I went out, demure, trying to be nice, saying, “I really can’t cook them anymore,” these damned prawns were cooked and would have turned to rubber. I went back to the kitchen, the husband started commenting on how big I was, then came screaming in behind the pass, with, “You fucked up my night I’m gonna fuck up your night,” and just as he lunged at me, the barman came in tackled him to the ground. As he was lying there in a head lock, face purple, all I could say was, “Mate they’re just prawns.”

There are two major changes to how I’d run a kitchen now – when I was a young head chef I was pretty angry – borne of stress. These days? I deal with it better – I was putting in about 14-15 hours a day. Haa. You wonder why I’m now driving trucks? There’s your answer! I deal with everything with humour – I’ve found the hard way if you can’t laugh you cry. I also developed techniques, spread sheets, rosters – I learnt to be organized – check ahead – and be ahead of the game.

And, like most of us now, I’d like to see more decent work life balance. But you know what? That’s only achievable if there are enough chefs to cover enough shifts to do straights instead of splits. But as one man, how much can I do about that? So it’s a bit of a pipe dream at the moment, but I live in hope.

And my words for young chefs? Finish your Tafe, (training), travel, soak up as much knowledge as you can and work your arse off! “

Thank you so much Chad Dufall, for your words, your story, your lessons and wisdom. I’m retired now, but working my arse off trying to make the industry a better place, so those who feel that way, join us here, subscribe for our newsletters, and let’s see that pipe dream become reality.