Hospitality and handling the heat 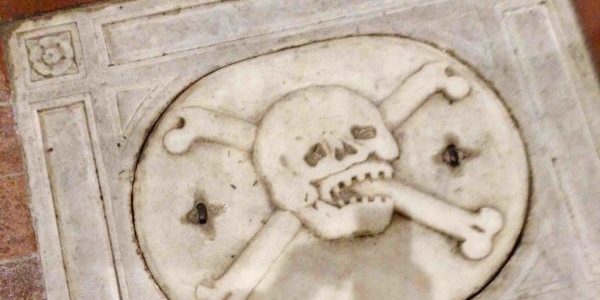 Here’s an interview journalist James McGrath did with me about handling the heat and the issues facing hospitality. Have a read and let me know what you think.

Being your own boss and running your own show in the hospitality game is one of the best things you can do. But it can also one of the more stressful ventures to undertake if you take your eye off the ball.

Serial restaurateur and hospitality advisor Christine Green knows this all too well.

“You need to be phenomenally disciplined, but the freedom you get if you are disciplined and you have the right systems in place is utterly fantastic,” she told The Pulse.

“It’s the freedom to run your own race.”

Unfortunately, Green also knows that the long hours and uncertainty that characterises the industry take their toll.

Sixty percent of hospitality ventures fail within five years – meaning all the stress and pressure of starting your own business and running your own kitchen may be for nought.

It’s why she started justthesizzle.com, a resource which provides practical tools and resources for those in the industry who are looking for help, knowledge, or have reached breaking point.

“I’ve been to breaking point and back about five times,” she said.

“I’d often finish service at one or two in the morning, try to get four or five hours of sleep and then begin the whole thing again. Even if I got a solid seven hours of sleep, I still cooked all night in my dreams.

“I would wake up even more exhausted – my brain didn’t get a rest from cooking.”

She said restaurateurs were under more pressure right now than during any time through her career. (Covid and staff shortages have hit the industry with a sledgehammer.)

Chefs and restaurateurs have stress-filled lives at the best of times. In fact, modern kitchen hierarchies are based on the same military structures Napoleon used.

But Green said things have become even worse in the days of social-media scrutiny and reality TV cooking shows setting unrealistic expectations in the minds of customers.

“The pressure is there because the bar is so high now,” she said. “The dining public expects more than ever before.

“Every single time they want something different, and they expect theatre.”

Not to mention the threats to reputation putting out a single bad dish can do.

“You’re only as good as your last dish, and these days with social media that’s especially true,” said Green.

READ: What to do when online reviews are fake news

She also said that chef training was traditionally limited to food and the kitchen – they had little idea what awaited them when running a business as well.

“There was always the assumption that you’d start out as an apprentice, start working in a restaurant and then somehow pick up that stuff by osmosis,” she said.

“That’s not how it happens.”

It means right from the start, new restaurateurs are dealing with a new kind of pressure.

“It’s a massive shock when people make that transition,” said Green. “I’ve run many restaurants in my time, and I’ve had so many staff who saw money go into the till and assumed that the money was all mine to spend.

“They had no concept or idea that I was up until 3am dealing with bills – and that’s where I see a lot of the burnout occurring.”

How to handle the heat

She said the first things new hospitality owners could do to avoid burnout in the first place was to put great systems in place.

“You need to learn the financial side of things, you need to study and understand the bottom line. What a P&L is – which is why you need a system which is going to guide you along that journey,” said Green.

READ: How to read a profit and loss report

She also urged people in hospitality who are under pressure to talk to other people about what they’re facing, and to take advantage of resources like Just the Sizzle.

“Running a restaurant is like nothing else, so it makes sense to talk to others in the industry,” said Green.

She also said taking time and effort to train your staff and a second-in-charge would help alleviate some of the pressure on the business owner.

“A lot of restaurants go for cheap staff, but that’s a bit of a false economy,” said Green. “You’ll end up cleaning up after their messes, so you’re just punishing yourself anyhow.”

Finally, she said it was worth it in times of struggle and worry to remember why you got into the business in the first place.

“It’s bloody tough,” said Green, “but it’s also the best thing you’ll ever do. When you’re stressed and at the end of your rope it’s worth reflecting on that.”

There’s so much more to add to this discussion. So if you’re struggling, or just need a shoulder, or some more information about running one of the toughest businesses in the world, give us a hoy. We’re here. And below is the link to the original interview sponsored by MYOB, if you’re interested and want to use the links that are embedded in the original: