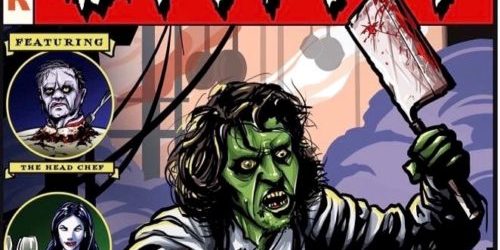 An article from Eater Magazine LA that might shine some light on how to do things right. Employee support and respect shouldn’t be a rarity, and pays dividends obviously.

While the restaurant is very USA old school, there’s some dividends in looking at the what and the why of their staff management. It’s illuminating.

Casa Vega has been a pillar of the Sherman Oaks community for 62 years. While it’s best known as an old-school Mexican restaurant with a celebrity clientele, when the layers get peeled back, there’s much more to this iconic establishment. Casa Vega has long supported generations of immigrant employees, and it’s cultivated such a positive work culture that many of its staff members have stayed with the restaurant for decades.

During Christmastime at Casa Vega, there’s a pine tree adorned with ornaments, each emblazoned with an employee’s name and the number of years they’ve worked there. Casa Vega’s longest-standing worker, Javier Larios, has been there for a whopping 54 years, and there are more than a handful of others who’ve worked nearly as long.

“The service industry tends to be transient, but because of what we’ve created here for our people, these are their careers,” says Christy Vega, the restaurant’s 40-year-old, second-generation owner. “Many of them have spent most of their lives here,” she continues.

This rings true for 68-year-old Marty Rivas, who’s been at Casa Vega for 35 years and describes her work as “rewarding” and “exciting.” Hailing from Piura, Peru, Rivas first picked up a job at Casa Vega when her kids became old enough to go to school. She moved up from waitress to manager and has become the “belle of the ball,” according to Vega. Rivas says she takes, “pride in making sure customers are happy and leave with a smile.

It’s evident there’s a strong bond between the staff members and the Vega family, which includes Christy Vega’s 83-year-old father, Rafael “Ray” Vega, who founded the restaurant. “We are very close,” Rivas says. “We work together eight to 10 hours a day, five days a week. You grow together and feel like a family.”

Waiter and 35-year Casa Vega veteran Miguel Espinoza considers this restaurant to be his second home. Endearingly, he even created a miniature replica of the restaurant that he displays in his own house. “I love this place [and] everything [about it],” Espinoza says. “The people and the customers are my family.”

Espinoza first emigrated from Mexico City in 1982 for “a better life and better job,” which he found in Casa Vega. Now 69, he’s thankful that the Vegas gave him opportunities to work in different positions, from dishwasher to waiter.

The Vega family has a strong promote-from-within mentality. “English isn’t [Espinoza’s] first language and computers intimidate him, but we all supported him,” says Christy Vega. “Now he’s a great waiter. We take pride in creating an environment in which good, hard-working people can find success, no matter their background or birthplace.”

Over the years, the Vegas encouraged 63-year-old busboy Rosalio “Rosie” Hernandez to become a waiter. However, he’s chosen to stay in his position, one that he’s had for 41 years, because he feels “more comfortable” doing it — and they respect that.

Hernandez, who once was a minor league pitcher, left Zacatecas, Mexico, in 1976, and after his first year in the States at the age of 22, got a gig at Casa Vega through his brother, who also worked there.

Something that’s kept Hernandez at the restaurant for so long is his love for his devoted customers. “I like working with the family and I feel happy with the customers,” says Hernandez. “If you work for a long time in one place, it’s like a family with the customers. Some customers come in and tell me, ‘[Casa Vega] feels like my second home.’”

“Every day when I wake up in the morning, I thank Jesus for giving me another day, and I go to Casa Vega”

Antonio Navarro, 60, who’s originally from Guadalajara, Mexico, has been Casa Vega’s bartender for the last 22 years. He lights up just as much as Hernandez about his “nice customers.” “I’m very happy and excited [to go to] my job,” Navarro says. “Every day when I wake up in the morning, I thank Jesus for giving me another day, and I go to Casa Vega.”

Another perk for these employees is health care. “We’ve provided health insurance for over 40 years, before anybody told us we had to do it,” Christy Vega says. “We’ve never added it as a surcharge. That’s what has separated us from the pack. We’ve always treated [our employees] as professionals.”

Casa Vega’s 54-year-old head chef, Braulio Arellano, has been in the restaurant’s kitchen since 1996, and says, “One of the reasons I’m still here is because they treat me good.”

It wasn’t always part of Arellano’s plan to move to the United States. He already had a life in Tijuana as a culinary school graduate working in the restaurant industry. It was on a whim, while he was visiting his brothers in LA, that he began applying for kitchen jobs in the U.S. And then he found Casa Vega, where he ended up spending the next 32 years, and where he would find a father figure in its patriarch.

Early on, to help Arellano get on his feet, Ray Vega let him stay for free in one of his bungalows behind his restaurant in exchange for cleaning the dining room and kitchens for a couple of hours on Saturdays. Arellano says 10 other employees at the time were getting the same free-housing treatment, and he ended up living there for three years, until he married his wife, who was a then a hostess at Casa Vega.

Christy Vega says her father was empathetic toward his employees because he understood how hard it was to be an immigrant. Ray Vega’s mother crossed the border to National City in 1934 to give birth to him, and he spent a few years back in Tijuana before moving to LA. Ray’s parents obtained green cards and toiled to open their successful Café Calienterestaurant on Olvera Street.

As Christy Vega took over the reins of the restaurant, she learned how to treat her employees well by following in her father’s footsteps. “We’ve created a community, we are a family, and we pride ourselves on that and the atmosphere that it’s created,” she says. “Many employees love Casa Vega. They feel like it’s their own because of their love for the community and the people around here. It belongs to all of us at this point.”