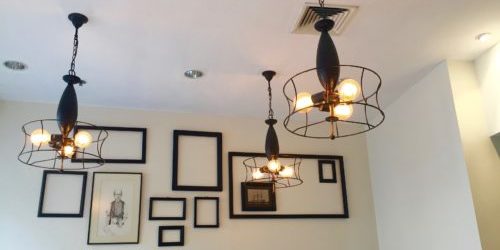 Dandy Lane. A dandy name. And a dandy little place that’s popped its head up in central Hobart and has found the sun.

This started out as a restaurant review, but the food, service and care were so good, I had to go to source. So here’s the result. They’ve already got a great rep, and there’s a reason for that.

Jarrod Wessing is young. Very young to kick off his own restaurant, but he feels it’s the perfect age: he’s got a belt of experience behind him, he’s still young and fit, and has found his perfect partner, Stephen, who runs the front of house at Dandy Lane.

I had to chuckle at Jarrod’s story, considering I leapt into my first restaurant at 25, and never looked back. And I didn’t have the big career in the kitchen behind me that Jarrod has either. But then, in 1977, it was a different world, and the stakes though high, the market place wasn’t nearly so crowded.

So where did he start? 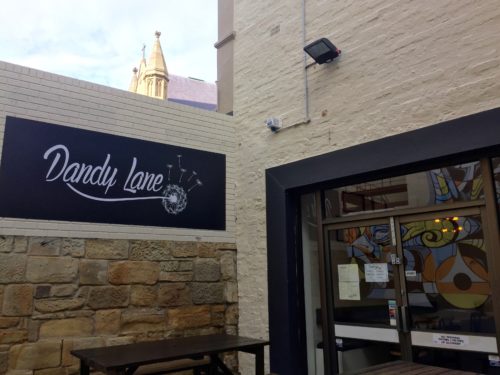 Dandy Lane – a lion’s tooth in the sun

“I began my apprenticeship at Zum in Salamanca in 2007. My head chef was Mark Burnett, and he’s been my main mentor. I learnt the majority of my breakfast trade there – and I progressed fast. It was 3 or so months into my first year when I went on to pans (first ever time on a Saturday morning doing in excess of 300 covers) and ordering in the quiet early part of the week.

So, that was lucky. A great opportunity that slingshotted me into being ready at a young age, into the bigger deep end. There, I learnt the kitchen side: it was less about business and more about cooking. From Zum, I went to T42 for a few years, searching for my niche. After a few years, I decided that breakfast was where I really enjoyed being.

I was breakfast chef at T42 and finished my apprenticeship there. Then, at 21, I took over as the first head chef at The Winston, in North Hobart. It was 2013, and Chris and Caroline had bought it – and though I loved their ideas and what they were doing with the old pub, I really found that it wasn’t the best fit for me, service being only nights. So, I took a deep breath and handed over to the new chef, who’s still there and going great guns.

Then I floated. I helped out Tasmanian Quartermasters and Urban bounty at their market stalls, worked a few casual jobs around and wound up in the kitchen of the Derwent Sailing Squadron. I guess this is where I hit my straps. I stayed there for the best part of 2 years – it only opened 2 days a week plus functions, so the hours were great, and I, with the help of the Food and Beverage Manager Tracey Lord, took the club back to a place where it became a social hub for the members again, after a few years of neglect. We picked up a lot of functions and grew food and beverage revenue significantly in my time there. 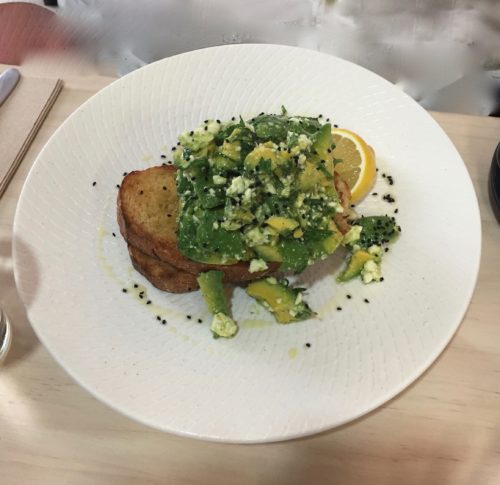 Four or more functions a week is a big ask for a small club, and it was a huge learning experience. My biggest? Portion control, it’s so easy to over cater and I did that the first time, and never did it again. It’s worse than under catering, and you can’t get that money back. I also learned that key was looking after the clients, particularly with weddings.

From there, Stephen and I moved to Melbourne for 12 months – he’d been a waiter at Zum and wanted to study be an architect at RMIT. Stephen worked at Ascot Food Store, a favourite of the Master Chef judges – it was an amazing café, and I worked at Bluebird in Collingwood, a grungy but excellent little place. Dandy Lane’s based on a lot Bluebird’s principles.

Family called though, so we came back to Hobart, and I went to Rydges, and I found it quite boring, doing 20 covers a service? Where’s the fun? And when I’d run out of things to clean, I decided to look for another job, and moved to Hotel Soho.

That was possibly one of the worst decisions of my career. It was a terrible fit for me and the owners. (It has new owners now who are working hard on creating a great destination and I wish them all the best.)

From there, I was head chef at UTAS for Compass Group under contract. I managed 5 outlets as part of my kitchen operations, where I learnt a lot of business in a short amount of time. I had 4 sites that reported to me daily. Monthly stock take with a value over $100K was an 8 hour task between 3 staff once a month. My role was big – being responsible of P & L (due to a vacant Operations Manager position, that has since been filled), producing 500-800 meals on a daily basis plus large functions as well. I was happy there, but life obviously had other plans. Stephen and I were at the Farmgate Market and for some unknown reason, I looked at Gumtree on my phone and saw the shop for sale. Well, that was it! We took over within a few weeks. It was a big job – the shop came with a kitchen, a rusty fridge and a broken coffee machine but no other equipment, so we tossed the rusty fridge and coffee machine and had to purchase all new and pre-loved equipment.

We built everything ourselves (with Pop’s building expertise and help). We made our own tabletops, laid the flooring, painted the walls, built shelving and benches as we wanted our restaurant to be ‘us’, to have our personal touch, not just new things taken out of boxes. We did the lot in 2 weeks, and opened in 3, including a significant flood a day after laying the adhesive floor, thanks to an old embedded waterpipe that the plumber drilled through. We were both so aware that we were on a skinny budget. Any days that we weren’t open were lost money to the business. We opened with enough for a float in the till!

The kitchen was massive. The menu was nailed in about 24 hours, in one sleepless day. There’s been quite a few since then, and it was straight into service. We did most of the prep on the day before we opened. We grew from word of mouth, a few FB ads from time to time – Social Media has been one of our biggest tools.

What’s my driver? Customers always come first. We don’t overcharge, enough to be profitable without being extortionate. We take a pride in our service – there’s so many cafés now with no table service, which is becoming a change to the norm. Without that personal service, how do you get to know your regulars? We’ve been open less than a year, and we now have roughly 100 weekly regular customers, and we strive to know their names, what they like. And that’s building. 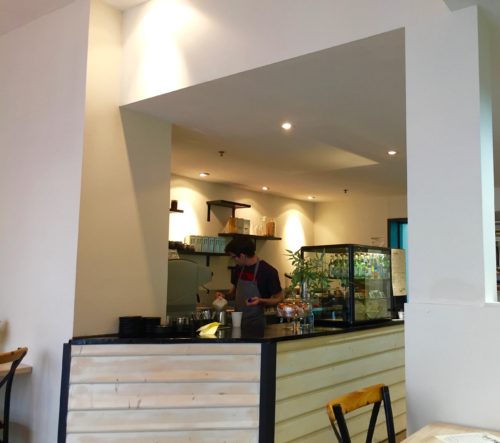 Stephen at the helm

We’re looking to open one or two nights down the track, maybe we’ll try it as a summertime thing, the council has a light show in the lane every night, so it’s a pretty cool and relaxing evening space.

Why Dandy Lane? We brainstormed. We wanted to reference the laneway, and a take on Dandy as a well-dressed man and ‘fine and dandy’, as things working out well. So I want to give full credit to the Council here, for clearing up the city and the laneways and for turning the once avoidable Collins Court into a space of appeal and potential.”

(I did mention to Jarrod here that Dandelion comes from the French, Dents de Lion – or Lion’s Teeth, which is what the little sprigs look like – sort of – and he was quite tickled. It fitted with him nicely). Chrissie

“My restaurant tips? Customer comes first, and that relies on the personal ability of your staff. Speed of service is a big one. Everyone is on a short lunch break. Everything has to be fast – everyone needs to be on the ball. Getting all staff on same wavelength, we opt for staff with experience, who understand our ethics. They need to be able to read and interact accordingly with customers.

On the business side, anyone looking to open, think very hard, get lots advice, it’s not easy, and if you don’t know what you’re doing it’s tough. The skill levels of staff have diminished generally speaking – qualifications have become almost irrelevant. We don’t hire based on qualifications, we hire on experience and most importantly personality and attitude.

A final word? No customer owes us their business. We have to work for it, they don’t owe us anything.”

Thank you so much, Jarrod, for your honesty and wisdom. It was a pleasure to hear your journey. I hope you, our readers, enjoyed it as much as I did. And get down to Dandy Lane. The brunches are terrific. As is the service. Full points, boys.