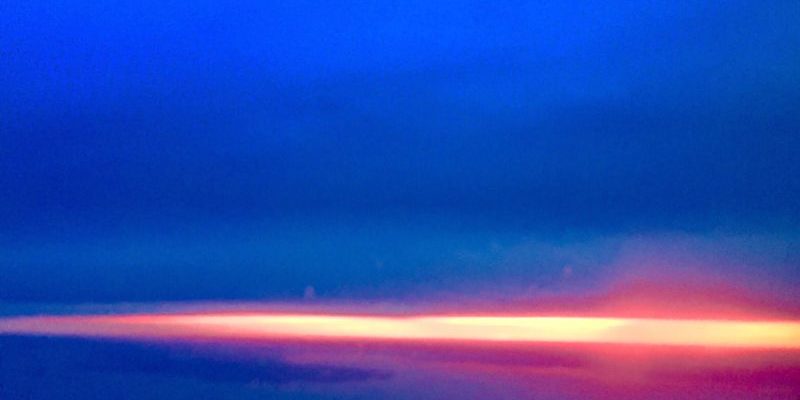 A chef’s life can be a crazy thing. Like theatre, and any performance art – and don’t get me wrong, cheffing is performance, and art – there are swings, roundabouts, and big crashes. John’s seen it all.

His story is a complicated one. He grew up in one of the most dangerous cities in America, struggled with all kinds of mental illness, and lost his younger brother to drugs. Now? John is working hard on rehabilitating addicts, and working towards law reform. He’s writing his book, and I know it’ll be a corker.

Here’s the story he wrote for me, and it’s big, so I’ve divided it into three parts. Today is Episode 2, it’s principally full of wisdom and advice for young chefs on the move, so in his words:

“…The highlight by far was being a consultant for the Marley Family in Jamaica and collaborating on recipes with Bob’s brother while also cooking several private dinners for his family and celebrity friends. Those nights alone with Bob up at 9 Mile, meditating on my life, are memories that no amount of money can buy. With that said…

Did I spend a lot of money? ABSOLUTELY. For what I spent in the last 6 years exploring and learning, I could have bought a house or paid for a CIA bachelor’s degree in CASH. Could I have done it cheaper? YES. I could have travelled to the same places for less than half of what I spent, probably much less.

Actually, knowing what I know now I could have been paid to travel this whole time but it would have been much more work and who needs that?? I never had to say no to a sport, activity or tour. When I was tired of hostel dorms, I stayed in a decent hotel. When I was with a woman, we had fun. I ate and drank what I wanted, dined in some of the world’s finest Michelin restaurants, drank expensive wine/liquor and helped MANY people when they needed to be helped.

Alcohol certainly was a large expense as well. Love my rum! There was plenty of money made along the way, which in turn went towards living expenses that is factored into how much I’ve spent.

I know what you’re thinking. “You’ve seen the world, now with most of the money gone; you own nothing but a bed in your parents’ basement and a hell of a story – where does that leave you?” I’ll answer that as best I can. Earlier in the year, I took my tip money from last summer season in Alaska and bought a sailboat in the Florida Keys. After a few months of learning to sail during the week while enjoying the laid back solo ‘live aboard’ sailor lifestyle in the Caribbean, and running a popup restaurant on the weekends, I realized it wasn’t the right time in my life for what I was doing, so I sold the boat and moved on.

I’ve been writing since I was quite young and since my solo travels started 13 years ago, I’ve been writing in detail and keeping notes. I finally made the decision to focus and finish my book so the world can know my story, of which I’ve only scratched the surface. After a month in Jamaica working on the early parts of my life, I was flown out to Seattle to cater a former client’s wedding. So that’s where I’m sitting, watching my client’s million dollar mansion on a lake in Washington putting the finishing touches on my memoir which should be done in a few weeks.

So I ask you, my reader and would-be chef: How can you do it?

And I’ll tell you: For those that are under 31, you have some exciting options.

(We older folks are still in good shape though.)

First off, know that a well spoken, clean looking Chef is in extremely high demand around the world. Although neck and forearm tats will make this much harder in certain countries. I can’t begin to tell you how many job offers I’ve had from random people in totally random places – everything from a volunteer trainer to managing large resorts. My gig in Seattle as a live-in private chef happened because I bought a millionaire (unknown at the time) a drink at a bar in Fiji. Now he’s a very good friend who lets me chill in his mansion. It pays to be generous sometimes.

As the citizen of a Western country, we hold the golden ticket, which is an American/Australian/European passport. It basically means we can travel wherever we want, customs never gives us problems, very few countries require visas for travel and the ones that do are easily obtained. I can only speak for my country, but I know work visas are also given to Americans fairly easily. Under 31?

You qualify for a 1 year working holiday visa in Australia, New Zealand, Singapore, Ireland and South Korea. It’s the best of both worlds. You work, learn new skills, save money, then travel and repeat. Depending on your age, you could do this for years. For those of us over 31, our options are sponsored work visas and “cash work”. These visas are not too hard for us to get because again, we are in demand. Europe, Australia and New Zealand are all possibilities for this. There is ridiculous money to be made in Western Australia (Perth) and off shore oilrigs.

If I were a young Chef or cook right now, I’d go work my ass off there for 6 months and then travel SE Asia for a year by motorcycle like I did, learning as much as you can. By the time you are done in Asia, you’ve increased your value and skills dramatically. For a chef’s life, who knows how many doors will have opened?

Cash work and volunteering is easy to find. It just depends how comfortable you are with breaking the rules of a particular country. (I was, but these days, it’s risky business, and would I be so cavalier now? Maybe not.)

To be perfectly honest, I’ve spent most of my life on the other side of the law and personally have never been bothered by this and have worked mostly for cash since I was 13. But if caught you could be deported, go to prison or owe taxes, so do this at your own risk. Frankly, I’m older and wiser, and realize how damned lucky I was to escape unscathed. But many didn’t.

Since those misspent days, I have reformed and now am the co-founder of an opiate harm reduction foundation in memory of my brother. We sponsor inpatient drug treatment for opiate addiction as well as the distribution of the overdose reversal drug Naloxone. Occasionally I lecture to high school students about the dangers of opiates and that way of life while training other groups how to save someone who is suffering an opiate overdose.

I also regularly testify before our House and State Senate committees, lobbying for policy reform, new laws and more money for drug treatment. My brother’s death from an overdose, dying in my arms, is something that will haunt me till I die.

On a lighter note, two great ways to extend your budget while traveling: create an international network of opportunity; and learn new skills.  The program for  help exchange and work away is  www.wwoof.com.au in Australia or www.wwoofinternational.org , and is the best way to learn organic farming and sustainable agriculture. Basically you volunteer with hosts in exchange for food and housing, working a few hours a day.

There are literally thousands of these hosts around the world looking for help. These can often lead to paid gigs. I’ve met people who have done this around the world for years and have no plans of stopping. Another option that I’ve used is www.findacrew.net. This is a crewing website designed to put captains and boat owners in touch with potential crew.

I’m also a scuba diver and was able to be a part of a 6month treasure hunting dive expedition in Fiji and Tonga because of this site. Sounds far fetched? Nope, this is just another example of ways to travel as a chef – and enjoy the ultimate chef’s life. There is plenty of paid work for Chefs on yachts. It’s very hard work though and to make any real money, you have to work on a large yacht and have your STCW 95, which is seamanship training and not too hard to obtain. Not only that but you will be working for demanding wealthy assholes and serving their friends. Some can handle that, I cannot!

One last option is to just do what I did. Hustle and work hard, save up some money and travel. If you’re confident in your skills, pitch them to a potential client. I’ve “rescued” several restaurant/bars now in various countries including the USA. This is my favorite work, some contracts were a few days, others have been 6 weeks.

It involved training young cooks, getting people excited about the food, marketing and developing recipes with total creative freedom. If you like the place you’re in, start looking for work. Say yes to an offer. Create a nice website and some fancy business cards. Carry your roll and your recipes.

Hell, I’ve backpacked with my immersion circulator (sous vide) and smoke gun… Hostels are cheap and most have kitchens, markets are cheap and since you’re a chef, you’ll be very popular. Couch surfing is my favorite way to sleep cheap and experience a country. You never know who is going to host you, what circles of friends they have or what they will show and teach you. Sort of like a version of Facebook and Air B&B combined just for travelers. Just be careful, don’t trust everyone, and if a small voice is nagging you to walk away, obey it. Intuition is our greatest friend. “

And John hasn’t finished yet. There’s one more episode to go, with more wisdom and his own unique take on a big life. John hasn’t let many opportunities slide, and is driven by both a wanderlust for life, and the grief of losing his brother. Stay tuned for the last episode. What’s your take on his advice?